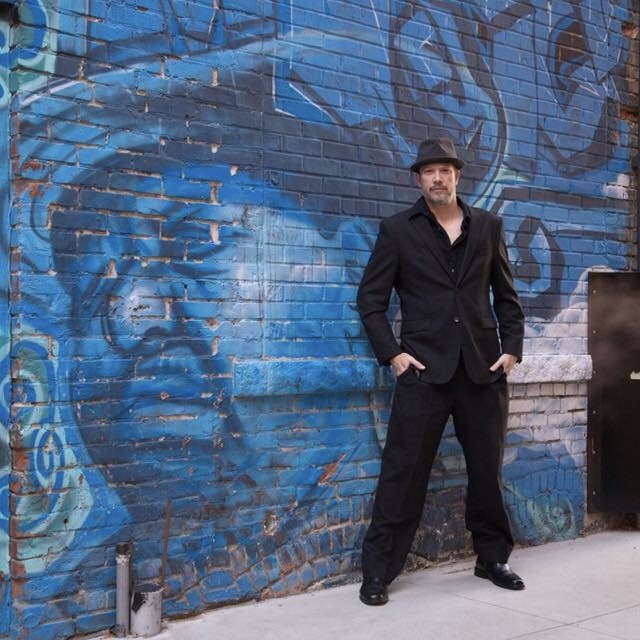 Raw, rowdy and rough edged, this
dynamic band out of Lincoln, Nebraska delivers Chicago style blues
with, heart, grit and reckless abandon. Band leader Tim Budig captures the emotion, angst and playfulness of the greats he listened to
as a kid, and watched on stage at
the Zoo Bar in Lincoln. His songwriting taps into the struggles of
everyday life. From struggling with
money, with love, and struggling
with a hangover from a bender the
night before! The music is fun loving and done in the spirit
of the blues, making good times out of the bad.
On November 6th, 2016 Tim Budig Band won the
Nebraska Blues Challenge and earned a trip to
Memphis to represent the Blues Society of Omaha in the 2017 IBC-International Blues Challenge .
As Shawn Holt, 2013 Blues Music Award winner for Best
Debut artist put it; “These guys play the blues the way it
should be played, and it ain’t pretty!

SHAWN HOLT
Shawn Holt is the son of legendary
Blues Legend Magic Slim. The high
energy, hard-driving sound of The
Teardrops is still alive and well and
if you like what Magic Slim and The
Teardrops have been doing for the
last 35 years, you can continue to
enjoy that unique sound and energy with Shawn Holt, a chip off the
old block, fronting his dad’s band. In
2014 Shawn Holt and The Teardropswon the Blues Blast Music Award for “New Artist Debut Album for Daddy Told Me” on Blind Pig Records.
Shawn started playing the blues at the age of 17, when he
went on the road with this father and Slim’s brother, Uncle
Nick Holt and The Teardrops. Shortly after that tour with his
father, Shawn realized his genetic destiny (all the Holt’s are
talented musicians) and formed his own band. He has been
watching, learning and playing blues ever since