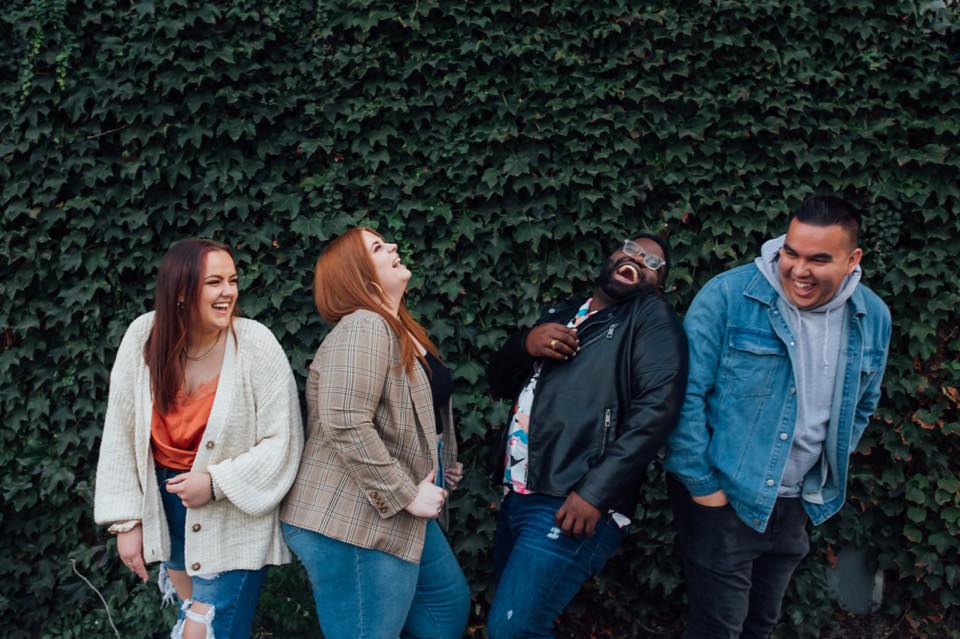 The Soul Review is an R&B/Neo-Soul group based in Lincoln, NE. The group consists of vocalists Haylee Bice, Jadyn Keller, Robert Leslie Jr., and Ether Saure. Each first known for their solo artistry, they decided to form as a group to pay tribute to the classic R&B songs of yesterday combined with their own original modern songwriting. Their music influences include a mix of R&B, pop, Motown, soul, and funk. Their goal is to share inspirational messages through song about positive relatable topics such as self-worth, unity, and being the best version of yourself. They are currently working on releasing an EP project later this year and scheduling more shows after having sold out performances at The Jewell, The Strut, and Screamer’s Dining & Cabaret. The Soul Review blends colorful harmonies while also showcasing the talent and songs of each individual within the group. Don’t miss out on a fun night of music with this group!