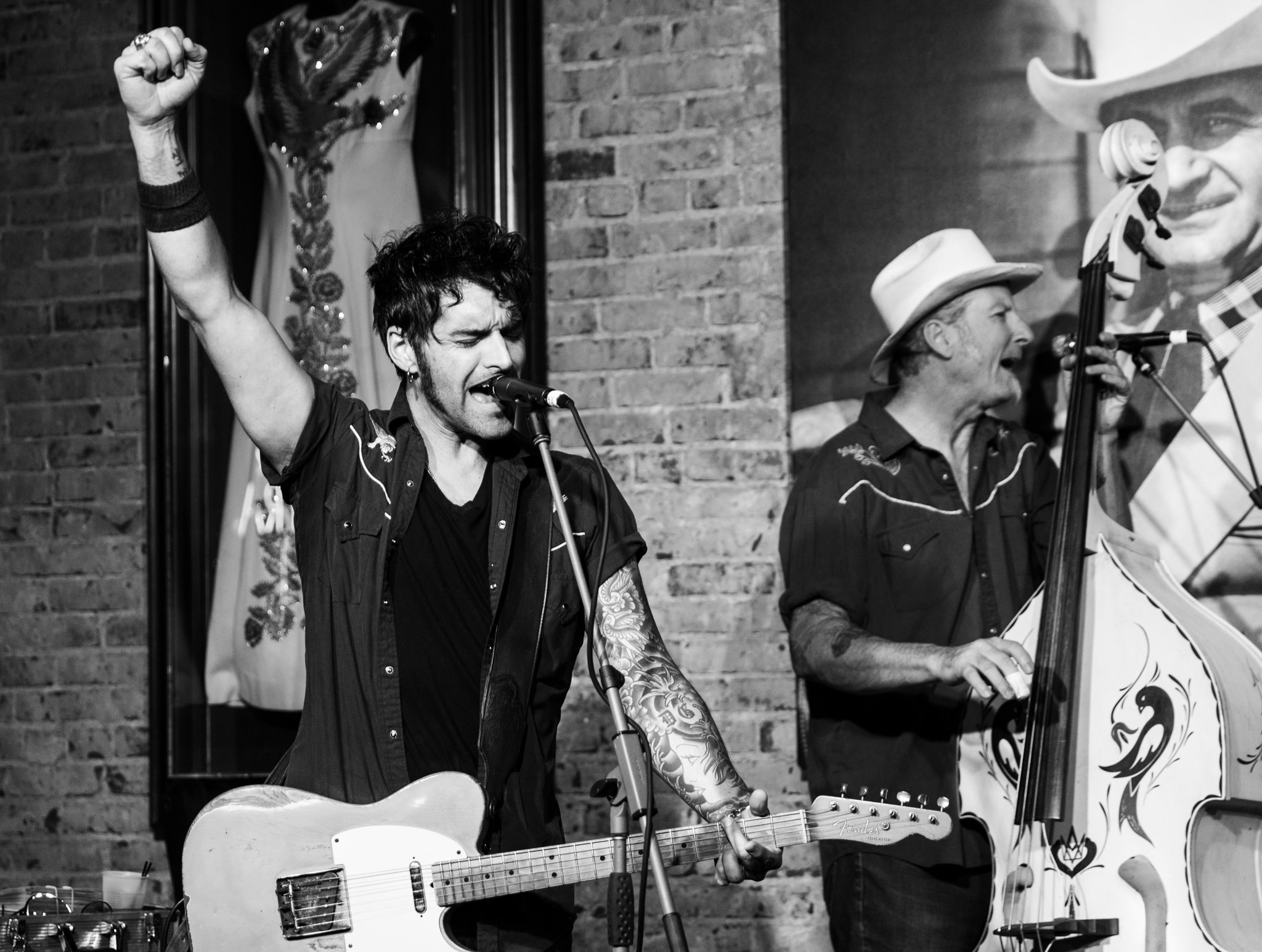 David Graham (Portland, OR) has become known as one of Nashville’s can’t miss live entertainers over the past 8 years as frontman of the Eskimo Brothers. The honky tonk trio has honed their stage show and sound from nearly 300 shows per year and thousands of gig hours in the Music City honky tonks in a variation of high energy ensembles.