Chubby Carrier and the Bayou Swamp Band serve up the zydeco gumbo. Mixing the traditional accordion and washboard farmhouse porch boogie of the Cajun prairie with dashes of 70’s funk, the spices of classic R&B, and refreshing, swampy twists on classic songs as only authentic Louisiana ambassadors can do. 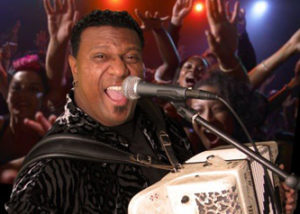 Australian performer Anni Piper’s sultry vocals have attracted significant overseas interest and she secured a deal with USA label Blues Leaf Records in 2008. The ‘Blues Leaf’ catalogue includes releases by many successful American performers including the award-winning Janiva Magness. Piper’s latest CD was recorded at Showplace Studios in New Jersey, USA and is due for release in February 2013. ‘Split Second’ features Piper’s bass playing talents throughout and she shares vocal duties with talented Florida based beauty Nicole Hart. The Blues Leaf bombshells beguile listeners with butter-wouldn’t-melt-in-your-mouth harmonies and heart-rending ballads of love gone sour. But as well as showing their sweet side, there’s a little spice with diverse originals and covers from Janis Joplin to Ronnie Earl.

Anni Piper began playing electric guitar at 12 years old, but became a devoted musician when she was given her first bass at age 14. She quickly discovered an affinity with the instrument, preferring to lay down a groove rather than scream out a solo. Piper’s musical ability and strong focus led her to complete a Bachelor of Arts (Contemporary Music) at Southern Cross University, Lismore NSW, at only 19 years of age. 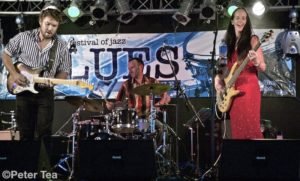