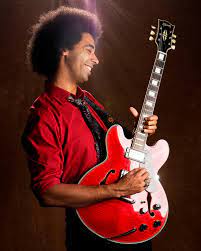 $12 Advance/$15 Day Of Show – Selwyn won the International Blues Competition in 2013 and was awarded the Albert King Guitarist of the Year award in that same competition. He has gone on to win multiple Blues Music Awards, the Living Blues Critics’ Award, and the Blues Blast Rising Star Award. His current album, “Living In A Burning House,” reached #1 on the Blues charts. And, he’s a nice guy. -Mike Carlin