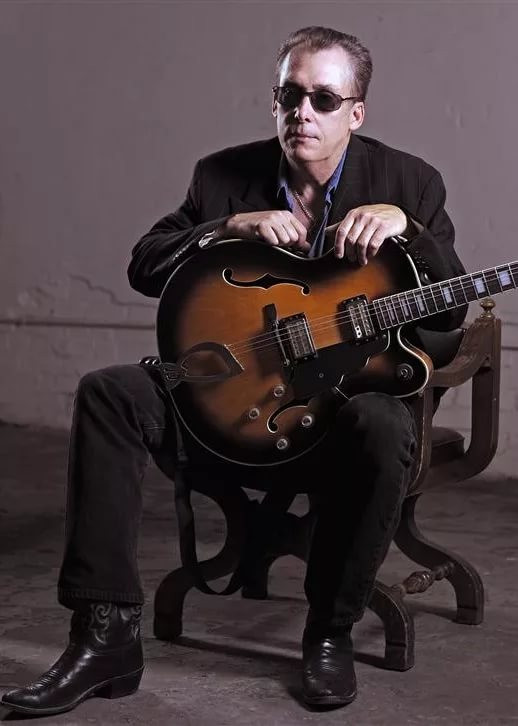 Singer-songwriter, guitarist Scott Ellison emerged as a blues-rock powerhouse in his hometown of Tulsa, OK in the late 1970’s. With Eric Clapton’s and Freddie King’s backing bands at the time both hailing from the region, Ellison’s guitar shredding heavy blues style quickly brought him regional and then national attention. He first gained notice playing with Jessica James (Conway Twitty’s daughter) in 1977, and national blues audiences learned about him via his work in iconic bluesman Clarence “Gatemouth” Brown’s touring band in 1980-81.

2008’s Ice Storm yielded his first #1 on the Blues charts with “Cadillac Woman,” and led to opening for and playing onstage with BB King at the Performing Arts Center in Tulsa in 2009. Walkin’ Through The Fire was released on his own label, JSE Records, in 2011, paving the way for his 2013 induction into the Oklahoma Blues Hall of Fame. He signed with Red Parlor Records in 2015 for the release of Elevator Man (produced by longtime Eric Clapton keyboard player Walt Richmond), Good Morning Midnight (2017), and the critically acclaimed Skyline Drive (2020).