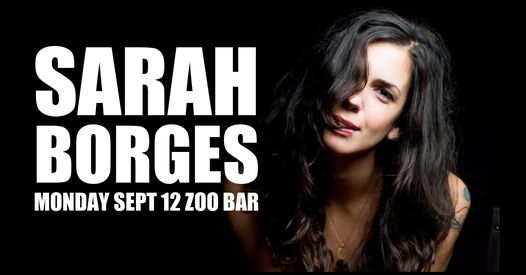 One way or another, Sarah Borges connects with casual mastery. Whether it’s with the comrades she’s collaborated with over nearly 20 sparkling years of music-making, or the vivid portraits of people’s lives – and occasionally her own – she’s sketched in scores of emotionally resonant songs. But most of all, Borges has built a loyal following by connecting, through her own charismatic, down-to-earth spirit, with her audience – whether they’re longtime fans from back when she broke through with her terrific “Silver City” debut in 2004, or newcomers just now joining the party.