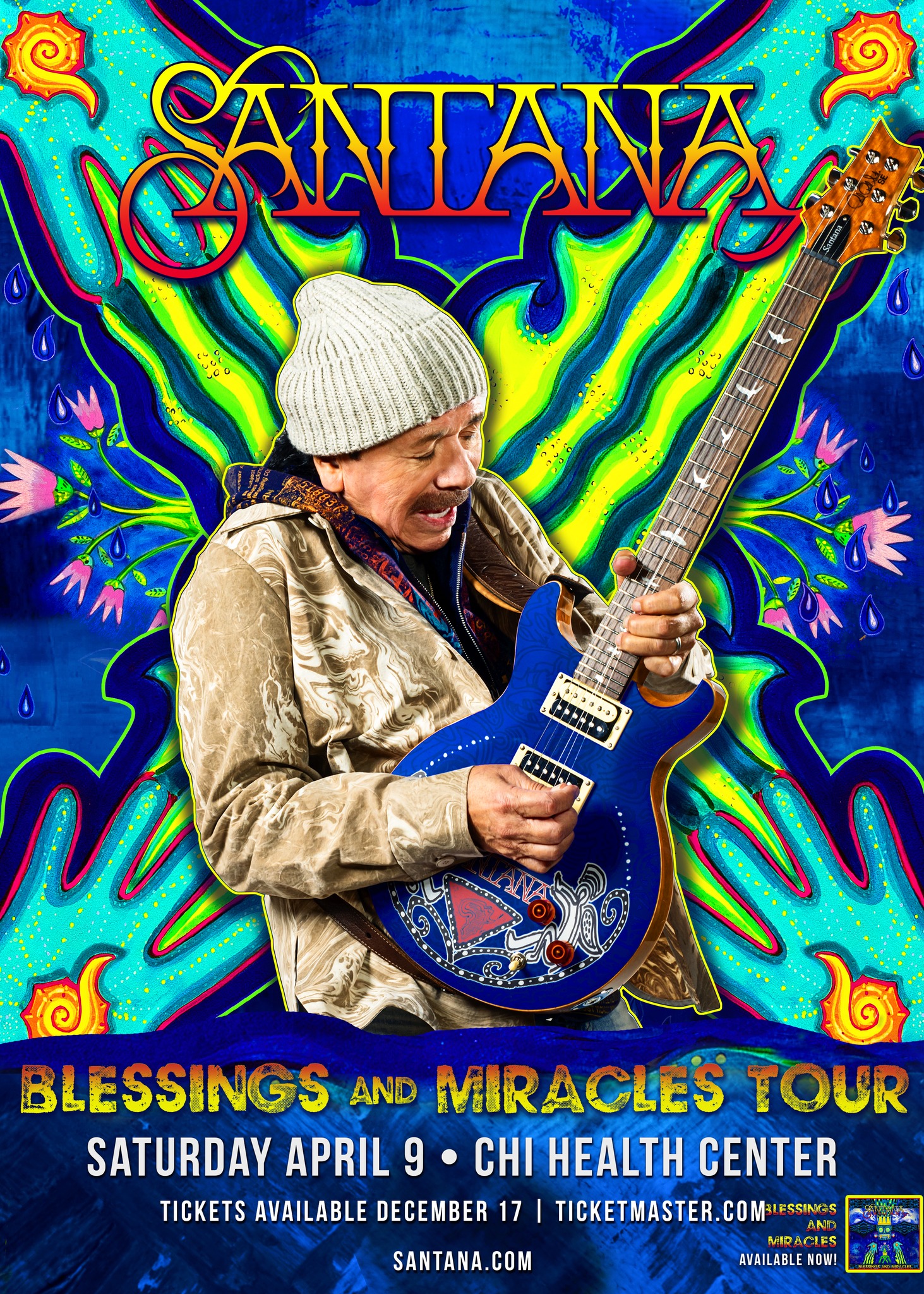 Tickets to see the Grammy Award-winning artist will go on sale to the general public on Friday, Dec. 17 at 10:00 AM at Ticketmaster.com

Santana, led by Mexican-American guitarist and songwriter Carlos Santana, has been creating music that fuses rock sub-genres for over half of a century since its formation in 1966. Just three years after this initial formation, they performed at the original Woodstock festival in 1969, and further solidified their place in history with an induction into the Rock and Roll Hall of Fame in 1988.