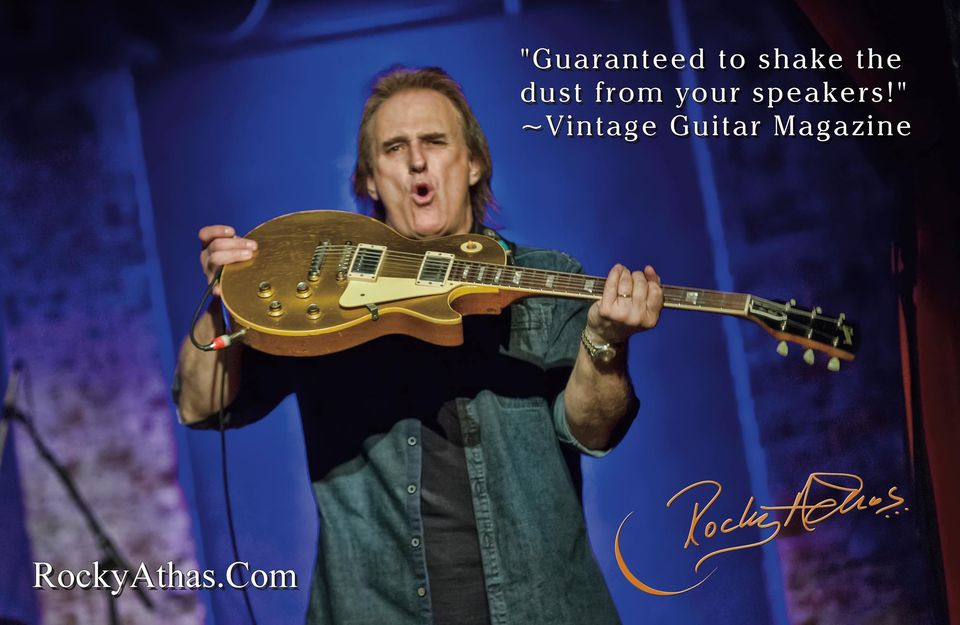 After carrying the mantle of the coveted role of lead guitarist with John Mayall’s legendary Bluesbreakers for eight years, Rocky Athas renewed his successfully established solo career. The much anticipated reunion between Rocky’s good friend and multi-Grammy winning producer, Jim Gaines, delivered Shakin’ the Dust to rave reviews and garnered a nomination for Album of the Year!