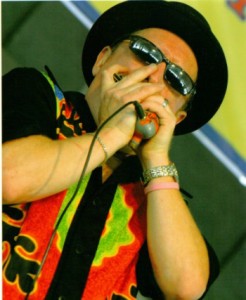 Rockin’ Jake has been hailed by many as one of the premier harmonica players in the country. His original sound is a hybrid of second line, swamp funk, blues and zydeco with influences from Paul Butterfield, Big Walter Horton, James Cotton, The Meters,WAR, J. Geils Band, Clifton Chenier, and the Fabulous Thunderbirds. Jake has conjured up this formula that is blowing crowds away from coast to coast. Widely known as a touring juggernaut among his peers, his schedule of over 200 performances per year include clubs, concert venues, and festivals.