Paul Reddick, Blackie & The Rodeo Kings, Matt Cox & Us & Them at Playing With Fire at Midtown Crossing

HomePaul Reddick, Blackie & The Rodeo Kings, Matt Cox & Us & Them at Playing With Fire at Midtown Crossing

Paul Reddick, Blackie & The Rodeo Kings, Matt Cox & Us & Them at Playing With Fire at Midtown Crossing 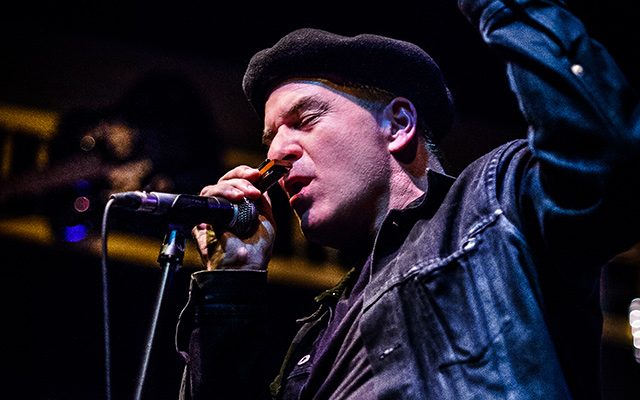 Headliner
Paul Reddick
Supporting Acts
Blackie and the Rodeo Kings
Matt Cox
BluesEd Opener
BluesED: Us & Them
Melding poetry, mystery, darkness and light, along with an extensive knowledge of the history and traditions of blues music is what makes Paul Reddick one of the most popular figures on the blues and roots music scene today. For over 25 years he’s been writing and performing his eclectic brand of blues, bringing the art form to new frontiers with his rapacious, deep vocals, masterful harmonica playing and song writing. As the unofficial poet laureate of Canadian blues, words are his weapon of choice and when he sings, it is near impossible not to listen and get lost within the songs, right alongside him and illustrating what the influential British magazine Mojo described as his “wayward brilliance.”

A devotee of pre-war blues and classic artists such as Muddy Waters, Sonny Boy Williamson and Howlin’ Wolf, Reddick formed his innovative band Paul Reddick & The Sidemen in Toronto in 1990, developing a cult-like following in the clubs and venues on the circuit at the time and spent the better part of a decade touring across Canada. Together they released four albums, two of which were JUNO nominated and in 2002 their ground breaking release Rattlebag won three Maple Blues Awards including Electric Act of the Year, Songwriter of the Year and Album of the Year and was nominated for a W.C. Handy Award in the USA.