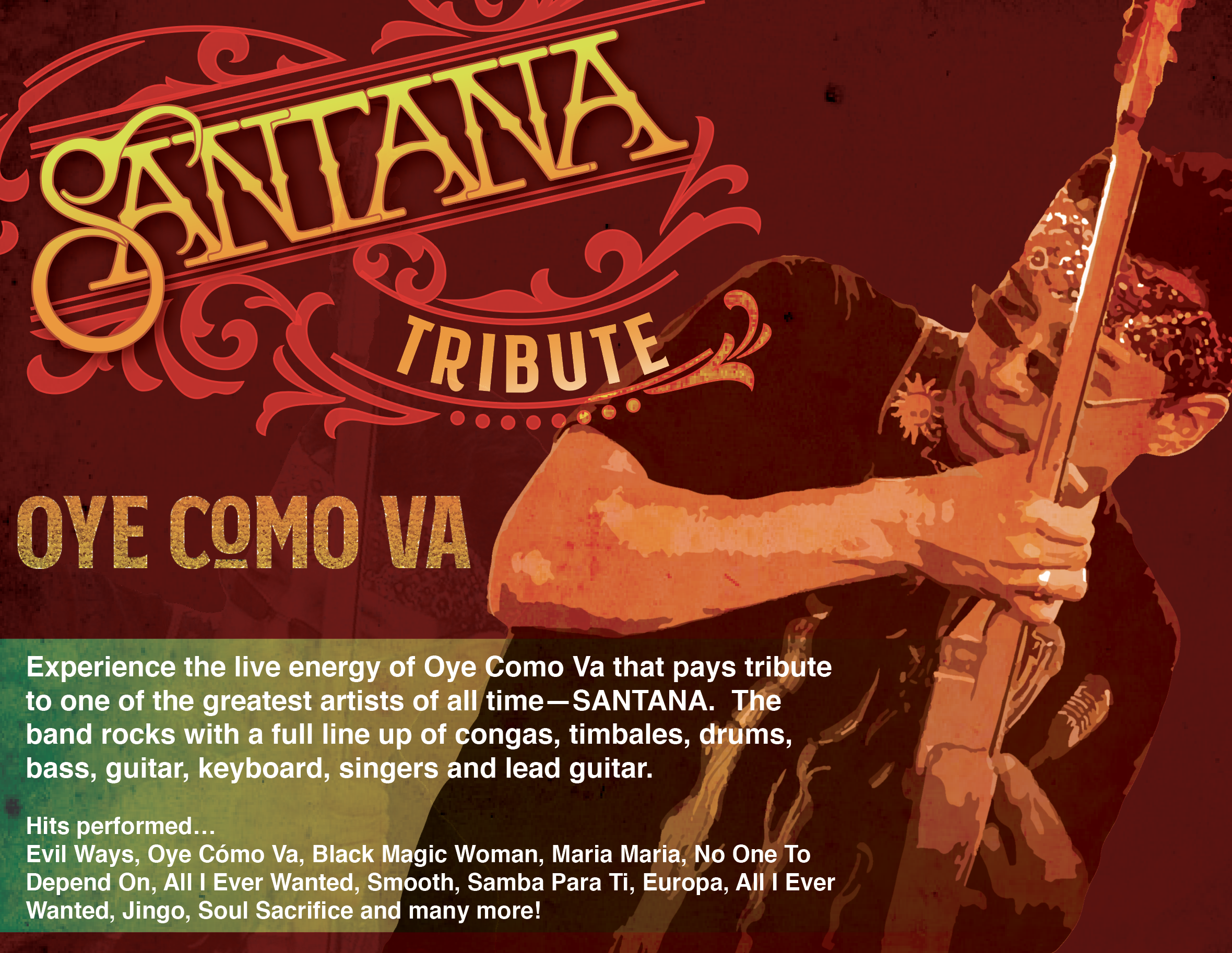 Oye Como Va was formed by Marcos Eduardo Mora Barrientos and Michael Pujado in 2017. As the musicians played across the Midwest they often crossed paths and felt it was time to put together an array of talented artists that could pay tribute to the legendary artist, Carlos Santana.

Marcos wanted the best percussionist in the region…and that guy was Michael Pujado from Chile. Pujado had been exposed to Latin rhythms from birth and it was naturally in his blood that brought life to his playing on the timbales and congas. Pujado brings a true art form to Omaha in which he has accompanied artists such as Kenny G, Arturo Sandoval, Quincy Jones and many others. Pujado agreed to join up with Marcos.

Marcos’ family, musical roots date back to 1926 when his grandfather and brothers arrived to Omaha and would play the local circuit for decades. Growing up around music and dance just came natural to Marcos, who eventually played in traditional Mexican/Latin groups. He then learned to play rock and soul music—he loved the guitar and in his 20s he studied with Blues and R&B artists out of Kansas City and Chicago. Eventually Marcos would play every major event in Omaha such as Jazz on the Green, Summer Arts Festival, Cinco de Mayo and many others—so this seemed like a better time than any to bring to Omaha a mix of talent that could portray Carlos Santana’s music.

The group Oye Como Va is a high energy show that is filled with Santana’s classics and a lot of great solos that also feature Al Irions on the hammond, Tomas Morales from Panama on percussion, Natalie Huerta on drums, Michelle Irions on vocals, Tori Huerta on vocals, Joe Gonzalez on bass and Dennis Hopp on rhythm guitar.

The band will play some of Santana’s greatest hits such as: Oye Como Va, Black Magic Woman, Jingo, Smooth, She’s Not There, Maria Maria, No One To Depend On and many more!