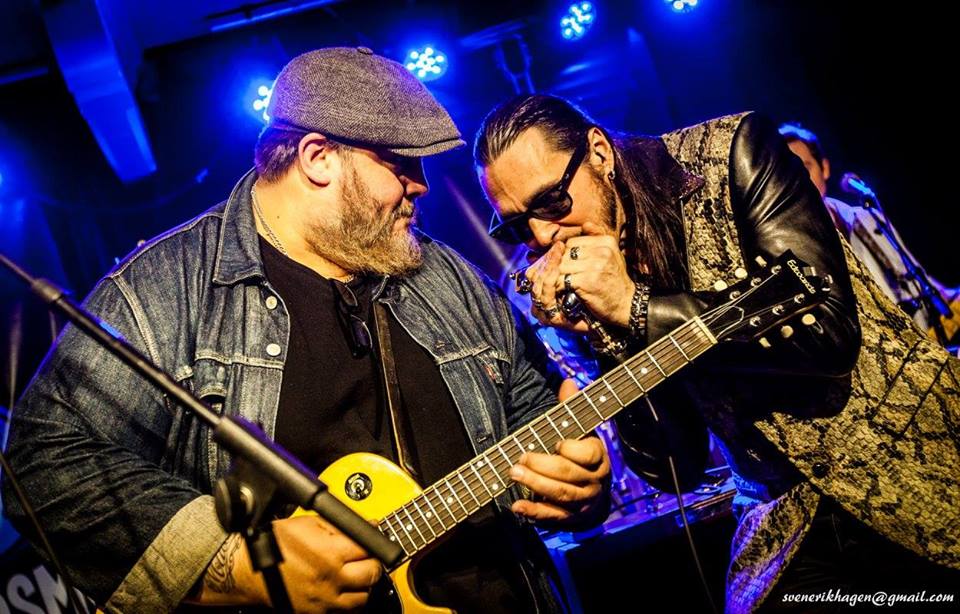 NMB Won “International Artists of the Year” at the 2017 German Blues Awards.

“With the release of HCOLL, Alligator’s stable of artists now includes one of the hardest working, highest energy, barnstorming blues bands on the planet, and truth told, it‘s a pairing that was inevitable. Upon listening to The High Cost Of Low Living, it’s clear that Chicago’s most recognizable cultural export is in excellent hands.” – Chicago Blues Guide

“Be assured that the live show will more than measure up to the energetic noise they create here. The NMB feeds off audience excitement, Moss is a powerhouse and Gruenling is a bona fide showman.” —Jim Hynes – Elmore Magazine

“Nick Moss’ guitar work speaks in volumes; from soft and moving to scorching and ferocious, he runs the absolute gamut of a blues legend in complete control of his style, form, and virtuosity. As relevant as any other master of his craft, Moss proves to be an exceptional force…” – Grateful Web

”Either of these albums would have been impressive enough by itself, but, together, they make for a truly must-have collection that captures the Nick Moss Band at its peak (at least so far) and that ranks among the most diverse and entertaining new releases not just of the past year or two, but of the decade.” – Mike Rick -BluesPowr.com

“The High Cost of Low Living” is already being hailed as a great new contemporary blues recording. This is a must to own.