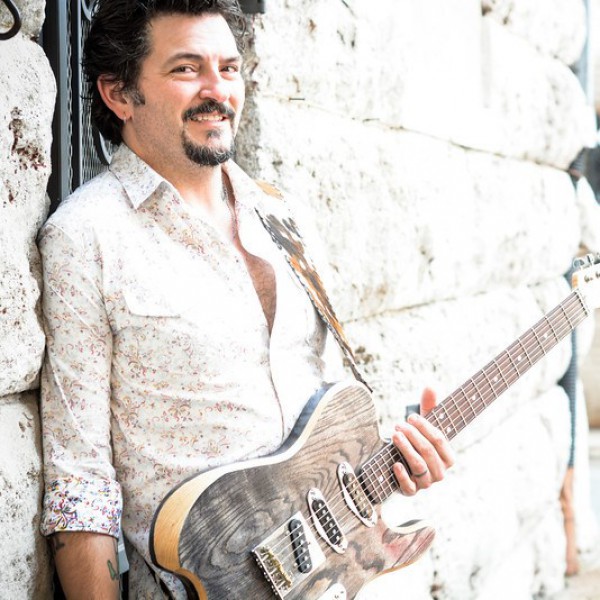 Blues-rock is a tightrope – and Mike Zito has never lost his footing. At times in his storied two-decade career, the Texas bandleader has rolled up the amps and rocked as hard as anyone. Yet his lifelong fascination with the blues has always reeled him back in. And now, having shaken the rafters with 2016’s acclaimed Make Blues Not War, First Class Life finds Mike diving deep into the only genre that can do justice to his hard-won true stories of hardship and redemption. “Make Blues” was pretty extreme and rocking,” he reflects. “This time, I was definitely thinking more blues.”
Released in 2018 on Ruf Records, First Class Life is a fitting album title from a man who has known glory – both in his solo career and US supergroup the Royal Southern Brotherhood – but he also remembers the hard times. “The title track is a nod to where I’ve come from and where I’m at,” explains the songwriter whose promising early career was almost destroyed by addiction. “It’s a rags-to-riches story, and it’s true. I grew up poor in St. Louis, and now I’m travelling the world to sing my songs.” And what music. On his 15th album, Mike’s socially charged observations and candid soul-searching have never been sharper. There’s the punchy call-to-arms of Time For A Change and the exquisite ‘one-note’ slow-blues, The World We Live In. The electrified blues bounce of Dying Day swears lifelong allegiance to his wife, while the sinister Old Black Graveyard growls with Hendrix-esque flourishes.
Yet the record’s darker moments are offset by cuts like Mama Don’t Like No Wah Wah, the crash-bang-wallop gem written with Bernard Allison. “Bernard told me about his first gig as guitarist for Koko Taylor,” laughs Mike. “Koko didn’t like any effects on the guitar, she wanted it to sound natural. When Bernard made an attempt to use an effect on his guitar after playing with her for months, he got caught. ‘Mama don’t like no wah wah’ is what he was told. That’s a song to me!”
Of course, the most captivating story of all is the dazzling upward curve of Mike Zito’s unfolding career. In 2018, First Class Life doesn’t just capture the past glories and setbacks – it points a signpost at the peaks to come. “With this album,” he concludes, “I had this idea of ‘stepping up’. I want the world to know I can play this music with conviction and style. I think it’s really the next step…”
Released by: Ruf Records
Release date: May 11, 2018