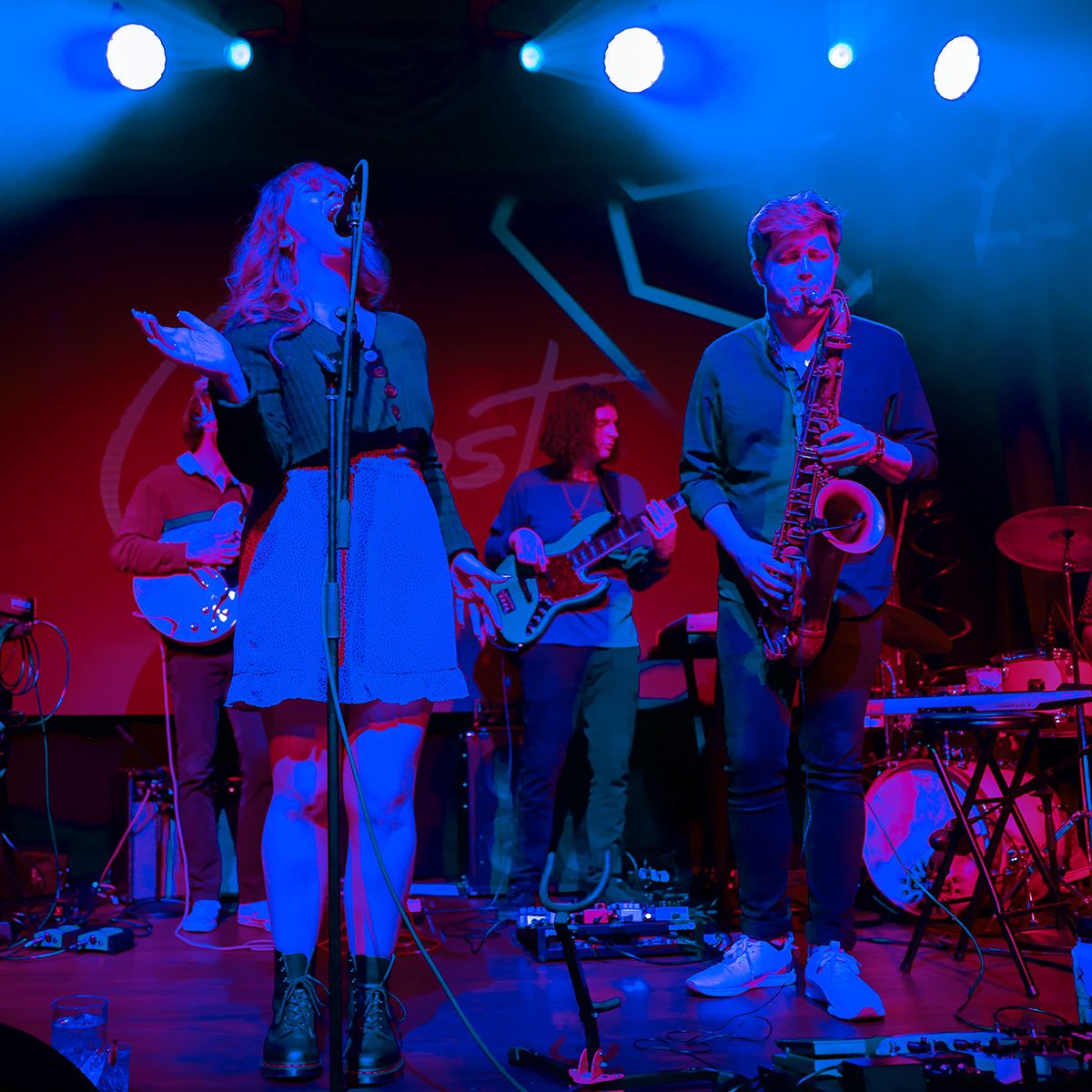 Formed in July of 2020, Midwest Coast’s exhilarating brand of Electric RNB/Soul and charged live shows have quickly earned them a reputation as one of the most exciting acts to emerge from Omaha’s music scene. Skye Junginger had a dream to build one of Omaha’s premier bands when the world was shut down. Already life-long friends, Skye would bring on Olivia Klein, Sam McDermott, Gage Wiggins Henry Tomsu, and Fay Porter. Midwest Coast would go on to play originals and covers at some of Omaha’s best live performance venues. Midwest Coast has merged the sounds Steely Dan, Hiatus Kaiyote, and Jamilia Woods in one package, making them one of the most unique groups in the Midwest.

The Wildwoods are an enchanting Folk/Americana duo based in Lincoln, Nebraska, whose flowing songwriting tandem has been praised by Paste Magazine as “focused and charmingly human”. The Wildwoods’ delicate melodies and descriptive lyrics come from nature, love, experiences from the road, and growing up in Nebraska.