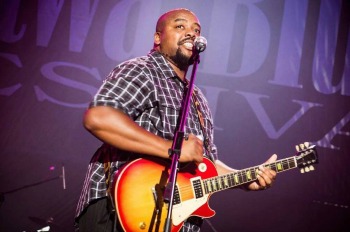 Verify Showtime. Shawn Holt is the son of Blues Legend Magic Slim. The high energy, hard-driving sound of The Teardrops is still alive and well and if you like what Magic Slim and The Teardrops have been doing for the last 35 years, you can continue to enjoy that unique sound and energy with Shawn Holt, a chip off the old block, fronting his dad’s band.

Shawn started playing the blues at the age of 17, when he went on the road with this father and Slim’s brother, Uncle Nick Holt and The Teardrops. Shortly after that tour with his father, Shawn realized his genetic destiny (all the Holt’s are talented musicians) and formed his own band. He has been watching, learning and playing blues ever since.