Lil' Ed and The Blues Imperials @ The Zoo Bar

HomeLil’ Ed and The Blues Imperials @ The Zoo Bar

Lil’ Ed and The Blues Imperials @ The Zoo Bar 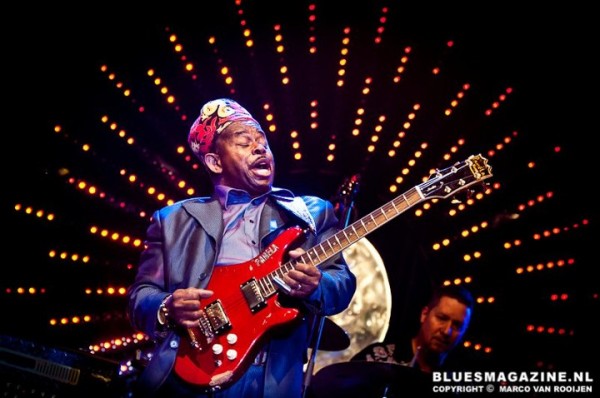 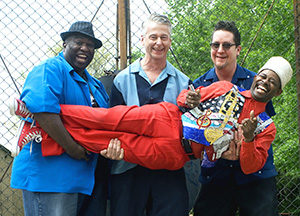 https://video.wkar.org/video/lil-the-blues-imperials-i2fyqm/The Big Sound Of Lil’ Ed & The Blues Imperials is musically electrifying, emotionally intense and downright fun. It features Lil’ Ed Williams’ incendiary guitar playing and soulful, passionate singing, with the ragged-but-right Blues Imperials cooking like mad alongside him. Produced by Williams and Alligator president Bruce Iglauer, it is a tour-de-force of authentic, deeply rooted Chicago blues. Williams wrote or co-wrote all but two of the album’s 14 songs (those two being written by Lil’ Ed’s legendary uncle, Chicago slide guitar king and master songwriter J.B. Hutto).

Born in Chicago on April 8, 1955, in the heart of Chicago’s tough West Side, Ed grew up surrounded by music. He was playing guitar, then drums and bass, by the time he was 12. Growing up, Ed and his half-brother Pookie received lessons and support from their famous uncle, who taught the boys how to feel, and not just play, the blues. “J.B. taught me everything I know,” says Ed. “I wouldn’t be where I am today without him.”

Adding to the legend is Ed’s storybook rise, taking him from working at Chicago’s Red Carpet Car Wash to entertaining thousands of fans all over the world. A two-song recording session for Alligator in 1985 quickly turned into an on-the-spot full album contract (and 28 more songs) when the band floored Alligator president Bruce Iglauer with their raw and raucous sound. Twelve of those songs became the band’s debut album, Roughhousin’, released in September of 1986.

Since then, Lil’ Ed & The Blues Imperials have toured virtually non-stop, have been celebrated by press and radio, and have earned new fans — known internationally as “Ed Heads” — with every performance. They have even made multiple appearances on Late Night With Conan O’Brien. According to The Chicago Tribune, “Williams represents one of the few remaining authentic links to pure Chicago blues.”

With The Big Sound Of Lil’ Ed & The Blues Imperials (the group’s ninth Alligator release), the band continues to bring their blistering Chicago blues to “Ed Heads” new and old. After almost three decades, Lil’ Ed, Pookie, Mike and Kelly have seen sports stars and presidents, musical fads and fashion trends come and go. Meanwhile, their fiery music has more than stood the test of time. “We’re not band members,” says Williams, “we’re family, and families stay together.” Night after night, gig after riotous gig, the musical family called Lil’ Ed & The Blues Imperials bring their big, dynamic sound to fans across the country and around the world.