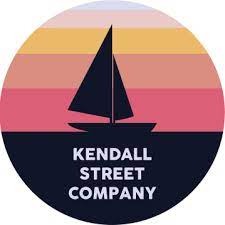 Kendall Street Company is a jam-alt rock band based out of Charlottesville, Virginia. From late night jam sessions at the University of Virginia to main stages at venues and festivals throughout the country, Kendall Street Company has broken the mold of improvised rock and entered a world of jazz-grass infused psychedelic bliss. The band’s musical style embraces mind-altering riffs as well as soulful and jazzy wit, while remaining true to their folksy songwriting roots. With no two shows ever the same, word of mouth has quickly grown a ravenous fanbase eager to hear their favorite studio tracks explored and extended as part of a live community. As seasoned KSC fans can tell you, any one of their songs could easily turn from a fun sing-along to a cacophonous headbanging garage-rock soundscape, before finally resolving into a peaceful ambience.

Born in the fertile breeding grounds of the mountains of Colorado, Tenth Mountain Division is continuing the musical legacy set down by their forefathers in Colorado. Like those that came before, Tenth Mountain Division is pushing the sound found in the mountains into bold, new directions with their exploratory take on Americana that dips freely in the well of all their diverse influences, classic Southern Rock, the progressive bluegrass that was born in their backyard in Colorado, the adventurous spirit of sixties psychedelic blues, and straight ahead driving rock ‘n’ roll. Much like their Colorado predecessors, Leftover Salmon, String Cheese Incident, and Yonder Mountain String Band, they defy simple categorization; instead they reference their musical history with their high-energy shows as they blaze new musical paths every night. As they do so they have become the new voice of the Colorado music scene, taking their Ski-party sound around the country and making every show feel like a night in the mountains.