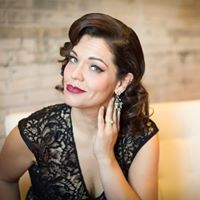 “A singing, songwriting, guitar-playing, self-producing, self-aware powerhouse, but the driving force is unquestionably her voice – a formidable instrument she wields with soul and taste.” (Pasadena Weekly)

With early roots in the church and a solid foundation of musical education, Joyann Parker found her authentic voice later in life and created her own blend of roots music that combines soul, R&B, gospel, jazz and traditional blues styles. Parker has been a steadily rising star on the Minneapolis music scene, and with the release of her critically-acclaimed solo debut record, “Hard To Love,” she is now bringing her full range of talent as an accomplished singer, pianist, guitarist and songwriter to national and international stages.

Joyann is a 2018 Blues Blast Magazine Award Nominee and Heritage Guitars artist. She has also represented Minnesota at the 2015 International Blues Challenge in Memphis, TN and won Best Self Produced CD from the Minnesota Blues Society.

On “HARD TO LOVE”, Parker travels from the Memphis-style soul of “Envy” to the New Orleans-flavored “Ray.” The eminently danceable “Dizzy” inspires images of Motown’s Temptations and Four Tops dancing their signature choreography. The darkly simmering soul-blues ballad “Jigsaw Heart” finds Parker pondering where a rocky relationship is going. Singing with ever-present conviction, Parker asks more tough questions in “Who What When Where Why.” Despite being an ultimatum to a lover, the Stax-meets-Motown throw-down is another of the album’s infectious dance tunes. Parker hits more targets with the primal, Robert Johnson-based “Take My Heart and Run” and Chuck Berry-inspired rock and roll of “What Happened to Me.” More revelations appear in the album’s title song, “Hard to Love.” Turning from roots music, Parker exploits her voice’s beauty and range most of all in the piano-accompanied title track — a song in the melodic vein of the great American songbook. No matter what she’s singing — Joyann Parker’s songs have an emotional honesty.

PRESS QUOTES
“Joyann Parker presents a package of originals and serves notice that she’s a blues performer to the bone. Bravely risking emotional exposure, this Minneapolis- based singer and multi-instrumentalist shows a penchant for depicting a unique response to the ups and downs of life. Parker and company work styles ranging from Chuck Berry and bluesy funk to French Quarter parades and Memphis soul approximations.” (DownBeat Magazine)

“Hard To Love” is a colorful musical tapestry woven by a consummate artist out of the warp and wool of jazz, soul and blues. Parker’s passionate vocals deliver what might be one of the best albums of the year so far.” (Living Blues Magazine)

“a singing, songwriting, guitar-playing, self-producing, self-aware powerhouse, but the driving force is unquestionably her voice – a formidable instrument she wields with soul and taste.” (Pasadena Weekly)

“this woman has found the inner meaning of the word SOUL and she has made it her purpose to explore it thoroughly.” (No Depression)

“the next great Twin Cities blues singer…Joyann Parker is the best Twin Cities blues singer you’ve never heard. Imagine a sober Janis Joplin. And that’s a good thing. Imagine a taller Shemekia Copeland without the my-dad-was-a-blues-star pedigree. And that’s a really good thing. There’s pain in Parker’s heart – and in just about every song she writes and sings. And, onstage, the grimace on her face, the clenched fists and the ache in her roar let listeners know that she knows hurt…Whatever she plays, Parker owns it.” (Jon Bream/Minneapolis Star-Tribune)

“Parker’s voice is mesmerizing…this album is one of the year’s best.” (Richard Ludmerer, Making A Scene)

“Clearly a surprisingly sophisticated songwriter in the bargain, the guitar/piano/horn-playing Parker is set to make a permanent mark in the category of her choosing. With your first taste of her phenomenal voice – and throughout this solid release – you’ll be extremely hard-pressed to find anything about her that’s Hard To Love.”( BLURT Magazine)

“The immense, propulsive bass notes that open the album are the first hint that we are in for a treat with Hard To Love…Promising that, “By the time I get to Memphis, you’ll be gone,’ Parker (producer, guitar, piano and trumpet) wastes no time establishing her power as a vocalist and bandleader. Her blend of blues and roots includes plenty of Memphis-Muscle Shoals spirited soul, and with just a hint of country in her voice…Like the best soul-enriched blues, Hard To Love contains tales of trouble, misplaced devotion, and broken vows and shattered hearts. Some songs simmer with desire (‘Jigsaw Heart’ and ‘Home’) while other songs shade their passions behind a danceable beat that few this side of the late Sharon Jones can manage (‘Dizzy’ for example). Like the best of songwriters, Parker takes her experiences and threads them through those of others, creating relatable songs containing universal truths. And, you can dance to it! (Donald Teplyske/Fervor Coulee)

“Some of the smokiest, smokingest green-eyed soul you are going to encounter.” (Midwest Record)

“Joyann Parker’s voice is sensously soulful and it raises the temperature on a wide variety of blues styles here…The title track, ‘Hard To Love,’ is an emotion-packed torch song. It could have been a standard from the Great American Songbook….her sound is hot, hot, hot!” (Paul Freeman/Pop Culture Classics)

“we are dealing with a future big star here….the rawness of a female singer like Elkie Brooks and the soul of female vocalists like Joss Stone and Dusty Springfield…very soulful…impressive.” (Peter Marinus/Blues Magazine NL)

“By opening full-throated and scorned, ‘Memphis’ immeidately disintegrates any illusion of demureness that Hard To Love’s lace and lipstick cover might mistakenly relay. Joyann Parker is the fiery femme fatale…And besides tripling up on guitar and trumpet, the Minneapolis-based pianist writes darn-good tortured love songs.” (Dennis Rozanski/Baltimore BluesRag)

“If you want music with a whole lot of soul and passion, music that can move your heart one moment, then move your feet the next, check out the new release from Joyann Parker, Hard To Love.” (Michael Doherty)

“The new Queen of the Blues! A global star is born and she shines on the horizon.” (Rootstime.be)

“Joyann Parker… has a stage presence you cannot resist. Parker will pull tears out of you no matter how hard you fight it, make you smile and love the one you’re with. Resistance is futile with this big, solid band.” ( Wausau City Pages)