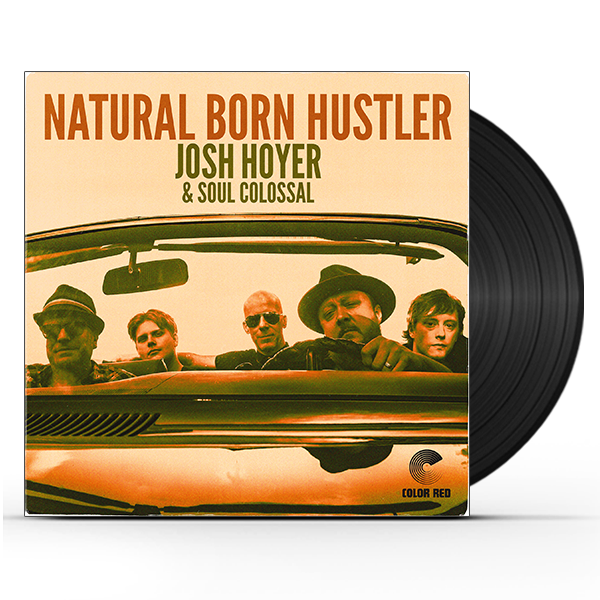 “Night after night at their live shows, Josh Hoyer & Soul Colossal leave it all on the table, bringing crowds palpably authentic music. This is a real working band; music for the people, by the people. You hear the veracity in Hoyer’s voice. You hear the strife of a guitar amp being pushed to its limits. You hear keyboards hammering notes home while emboldened horns soar over the top of a rhythm section akin to a freight train. The raucous funk and smooth soul emanating from the stage dutifully pays homage to the past soul giants while simultaneously charging forward, piloting themselves into the modern era. This is soul music.”

Lucas Parker is a rock / fusion recording artist and session guitarist based out of Denver, CO and Kansas City, MO. Lucas’ energetic stage performance and unique playing style has held the attention of concert goers and electric guitar enthusiasts in the Midwest for years, and since has become a staple of the Lawrence/KC live music scene. He has appeared on NPR Tiny Desk with Tech N9ne, at major festivals such as Wakarusa, Electric Forest and Backwoods Music Festival, and has performed on stage alongside Joe Bonamassa, Warren Haynes, Andy Frasco and many others. Lucas Parker’s debut LP 0 to 60 is scheduled for release in early 2022 and will feature Stanley Sheldon of Frampton Comes Alive fame.

Jessica Paige is a master storyteller, translating personal experience into music that is sophisticated, diverse in its influences, and instantly relatable. Her commanding voice has been described as equal parts Norah Jones and Janis Joplin, an uncommon union of sultry warmth and raw power.