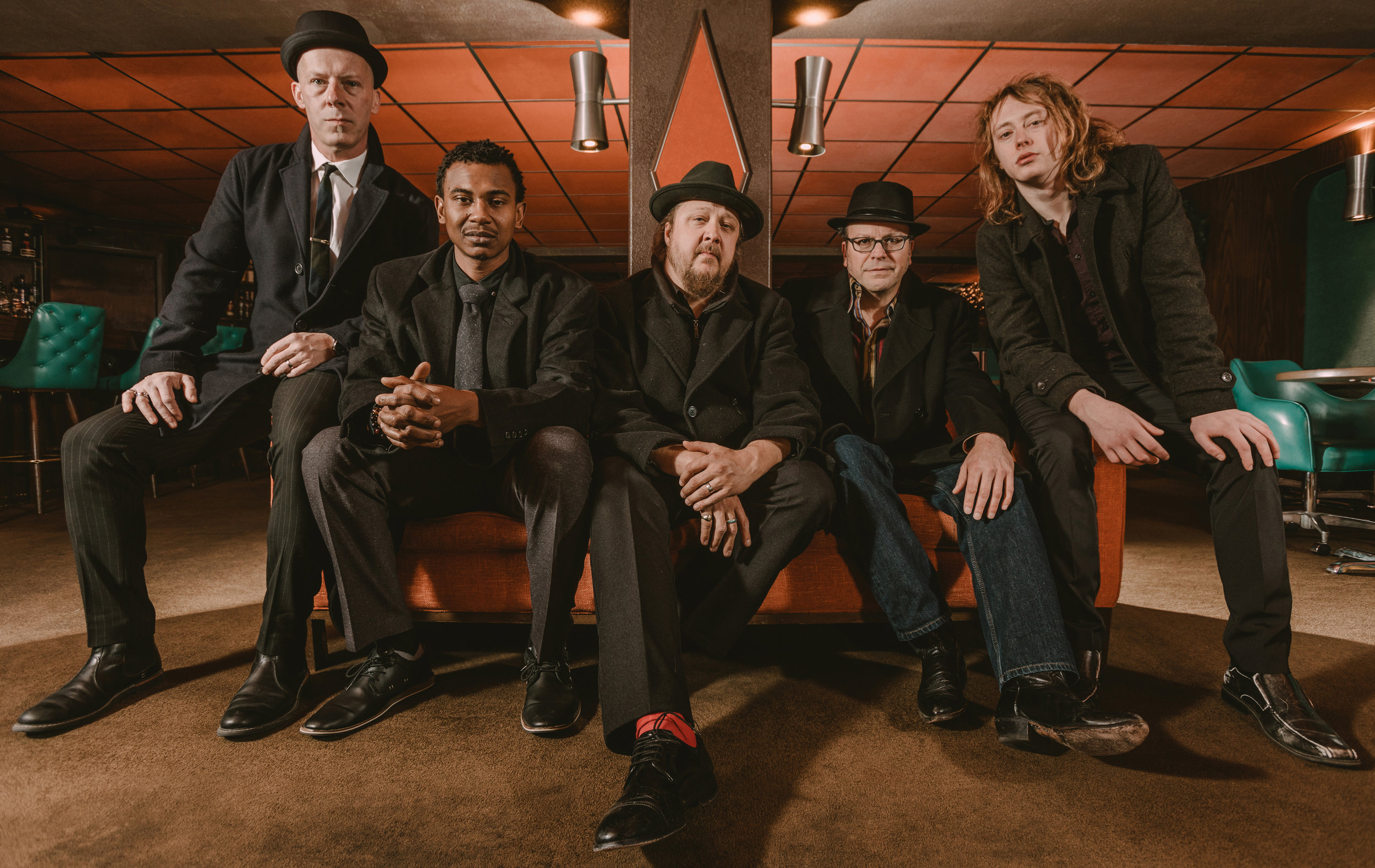 JOSH HOYER & SOUL COLOSSAL
Josh Hoyer & Soul Colossal’s combination of soul, funk and R&B is in a word, electric. Best displayed in their high-energy live show, the blend of Hoyer’s honest lyrics and his rich, intensely soulful vocals merge with his top-notch band to create an undeniable chemistry.

Hoyer formed Josh Hoyer & Soul Colossal in 2012 in famed blues town Lincoln, Nebraska. The award-winning five-piece band includes some of the area’s most revered and accomplished musicians. Joining Hoyer (keyboards/vocals) is Benjamin Kushner (guitar), Blake DeForest (trumpet), Mike Keeling (bass), and Larell Ware (drums). Inspired by the sounds of Stax, Motown, Muscle Shoals, New Orleans, Philly and San Francisco, the band continuously crosses musical boundaries both in style and era, and joins forces each show with a common goal – to have the crowd dancing so much they forget even their smallest troubles.

On January 26th, 2018, Hoyer released “The End of the Night”, a 3-song EP and solo side project with veteran Nashville songwriters Jay Knowles (Harry Connick Jr, Blake Shelton), and Jon Coleman (Trace Adkins). In the spring, Josh Hoyer & Soul Colossal are set to record their fourth full length record at Make Believe Studios in Omaha, NE, with Grammy-nominated engineer, Rick Carson. The album will be released in Europe in August of 2018, followed by a 7-week European tour before its US release.

In 2017, Josh was featured as a contestant on NBC’s The Voice, and the band completed their first European tour; a 27-city stint capped with a live album release from their show in Brussels, Belgium.The hard working band completed several national tours from 2015-2017, playing more than 150 shows in 32 states each year, including opening for George Clinton, Charles Bradley, Booker T Jones, and Muscle Shoals Revue. Their year-round touring schedule took them from coast to coast, including several major summer music festivals.

In 2016, the magic of their live show caught the attention of producer Ken Coomer (Wilco, Uncle Tupelo), who joined with the band to record their third full-length album. Running From Love, was recorded at Nashville’s historic Sound Emporium, and once again features Hoyer’s trademark vocals and the band’s signature groove. The album was released on April 8, 2016, on Silver Street Records, and is available on vinyl, CD, and digital formats.

“If James Brown and Otis Redding had a love child, it would be Josh Hoyer. The Lincoln, Nebraska, soul shouter, and his band of merry soulsters, Soul Colossal, deliver a sound so big, so funky, so wring-the-sweat-out-of-you energetic that it reaches through the speakers and shakes you until you start moving to its groove.” – No Depression