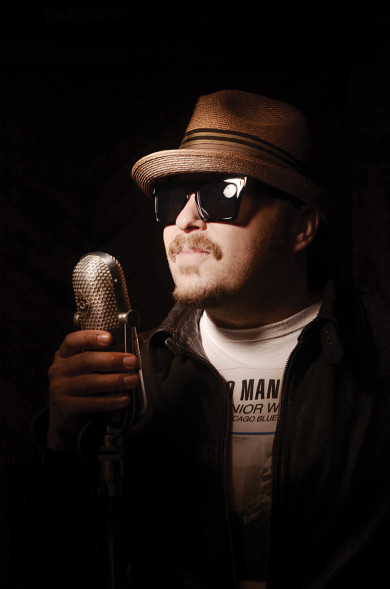 John Németh was probably the only kid in Boise who grew up in the 1980s listening to Chicago blues… In the three decades since, Németh has transformed himself from a fan to a modern soul-blues purveyor of the highest order, receiving five Blues Music Award nominations in 2012 and two in 2013, including the B.B. King Entertainer of the Year award. It’s a journey that took him to San Francisco, then Oakland, California, followed by a relocation to the birthplace of blues, soul and rock-and-roll, Memphis. He landed in the perfect place: Electraphonic Studio, home of producer and musician Scott Bomar, who composed the film scores for “Hustle & Flow” and “Black Snake Moan” and produced Cyndi Lauper’s “Memphis Blues.” Support by the Bo-Keys, Bomar’s group of veteran Memphis performers who made their names backing the likes of Al Green, O.V. Wright, Rufus Thomas and the Bar-Kays, Németh quickly laid down thirteen tracks that as he describes it, “Live in the style like I live in the style.” That style is a deeply forged amalgamation of scorching harmonica-driven blues and sweet blue-eyed soul ala The Box Tops or Roy Head, delivered via two fistfuls of originals and a trio of carefully chosen covers. “Memphis Grease,” the long-awaited follow up to 2010′s “Name The Day!”, embodies everything that sets Németh apart from the soul-blues revivalist pack: it’s innovative and unique while epitomizing the absolute best of the genre.