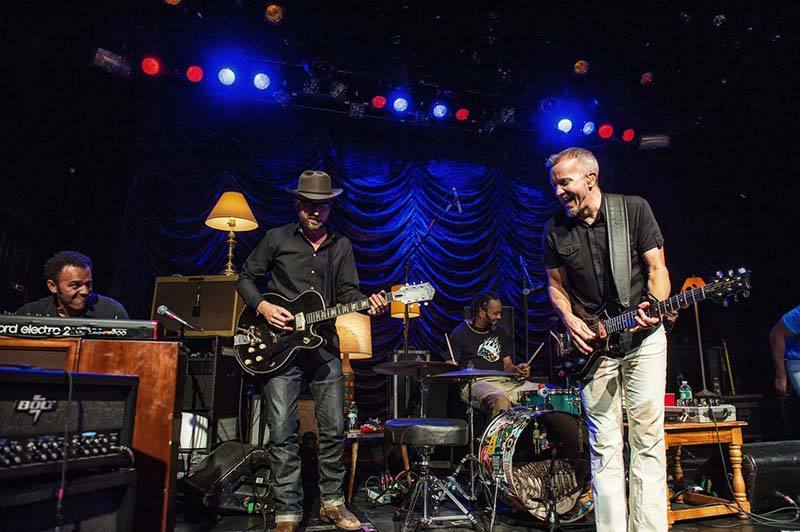 From the days of playing greasy local juke joints to headlining major festivals, JJ Grey remains an unfettered, blissful performer, singing with a blue-collared spirit over the bone-deep grooves of his compositions. His presence before an audience is something startling and immediate, at times a funk rave-up, other times a sort of mass-absolution for the mortal weaknesses that make him and his audience human. When you see JJ Grey and his band Mofro live—and you truly, absolutely must—the man is fearless.

Onstage, Grey delivers his songs with compassion and a relentless honesty, but perhaps not until Ol’ Glory has a studio record captured the fierceness and intimacy that defines a Grey live performance. “I wanted that crucial lived-in feel,” Grey says of Ol’ Glory, and here he hits his mark. On the new album, Grey and his current Mofro lineup offer grace and groove in equal measure, with an easygoing quality to the production that makes those beautiful muscular drum-breaks sound as though the band has set up in your living room.

Despite a redoubtable stage presence, Grey does get performance anxiety—specifically, when he’s suspended 50 feet above the soil of his pecan grove, clearing moss from the upper trees.

“The tops of the trees are even worse,” he laughs, “say closer to 70, maybe even 80 feet. I’m not phobic about heights, but I don’t think anyone’s crazy about getting up in a bucket and swinging all around. I wanted to fertilize this year but didn’t get a chance. This February I will, about two tons—to feed the trees.”