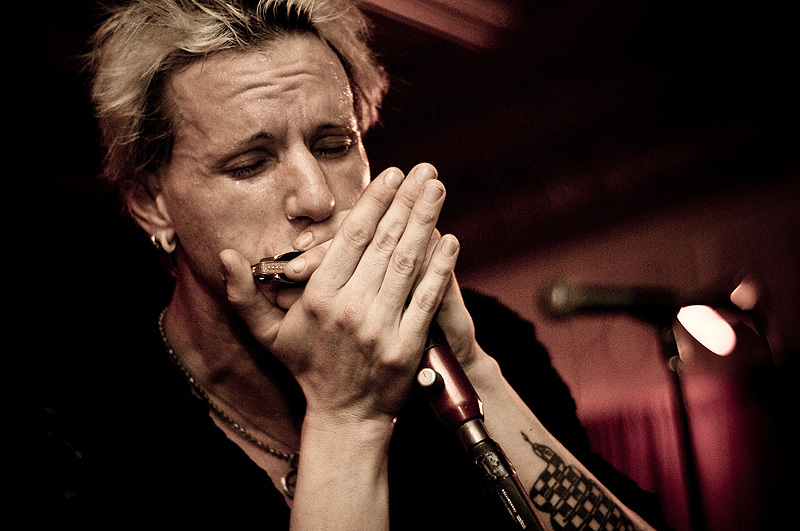 We will be passing the hat to collect money for Month of Hart. With this bargain of a Cover Charge for a major Blues Star, hopefully you can spare some cash for this great cause.

“The Blues Foundation established the HART Fund (Handy Artists Relief Trust) for Blues musicians and their families in financial need due to a broad range of health concerns. The Fund provides for acute, chronic and preventive medical and dental care as well as funeral and burial expenses.

Story of a Mooncat
Jason Ricci is one of the most popular harmonica players on the planet today. Listed in almost every top ten list of players on the internet today Jason Ricci is a polarizing force always in the spot light and on the tips of critics, artists and fans tongue’s everywhere. Through two plus decades of endless touring, TV appearances, recordings and the internet Jason Ricci’s style of playing is so revolutionary and influential that there exists an entire younger generation of players imitating his music, clothes, gear, and even stage presence. Nick named “Moon Cat” (a street name he once used in Nashville and New Orleans to avoid police detection) Jason has been an almost constant force for decades in the studio, festivals, club dates and press. Love him or hate him, through performing, singing, song writing, teaching, harmonica playing and activism in the fields of L.G.B.T., mental health and addiction, it is not an overstatement that this young, white, queer, skateboarding, punk rock loving, multiple convicted felony having Moon Cat from Maine is currently changing the world through music and education.

“Someone I like a lot is Jason Ricci, He’s a great player” … “Jason Ricci is a really innovative. He’s just a rocking’ player, I’ve never met him but I really love his playing” – Mickey Raphael (Willie’s Harp Player)