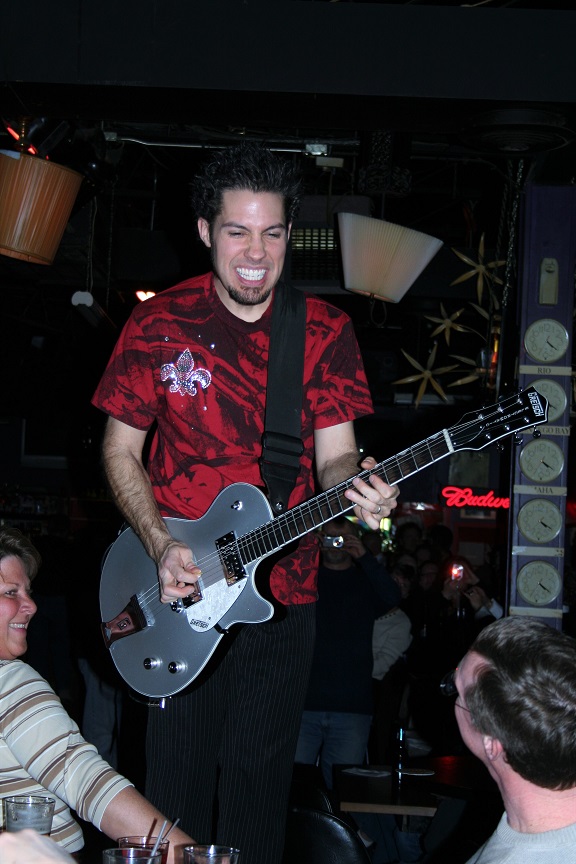 Born and raised in Galveston, Texas, Loomis is the son of musician parents who listened to blues, rock and soul. Music ran in his veins and, with instruments readily available around the house, he picked up drums, piano, guitar and harmonica, honing his multi-instrumental talent in addition to performing regularly as part of his family’s doo-wop group.
“My parents had a fantastic record collection and, when I started writing, I gravitated towards what I’d been listening to all my life. I have a huge reverence for the blues and all it encompasses, but I’ve always been fond of R&B and funky music.”

A protégé of Bo Diddley, Loomis met the icon backstage at the age of 16 at Houston’s famed venue Rockefeller’s. Before the night was over, Loomis was onstage playing guitar with the legend. Diddley quickly became friend, mentor, collaborator and supporter, appearing on two of Loomis’ albums and presenting a cherished red guitar that he still plays.

HOME
SCHEDULE
BIO
MUSIC
VIDEOS
PHOTOS
STORE
NEWS
THE BAND
GEAR
LINKS
ELECTRONIC PRESS KIT
CONTACT
You Tube Subscribe
Twitter Follow Us
“That one night began my education and I spent a lot of time with Bo over the years listening to him tell so many stories,” said Loomis. “He was so generous and most people don’t know that he was really philanthropic. He played free concerts around his hometown for homeless shelters, schools and anyone that just needed help. He was always giving! That’s another thing that planted the GIVE IT BACK seed in my mind. It’s all coming full circle.”

Loomis and crew shine on stage proving his music is best experienced in person, where one can see and hear its intended splendor. Described by Blues Blast Magazine as “a non-stop turbo of power, one minute moving from side to side of the stage, and then taking on his horn player in a head-cutting contest on the apron of the stage the next minute.” Loomis’ energetic, get-in-with–the-crowd antics are infectious. The swaying and clapping are just as he envisioned.

“Being comfortable on stage is something that comes completely natural to me,” he says. “I feel joy when I play music and it literally moves me. It moves my body. I learned long ago that whenever music is coming from you, from deep inside your soul and from the right place, people will feel that on a deeper level and might not even know what’s going on inside of themselves. I enjoy engaging the crowd and feel a show should be an interactive experience.”​