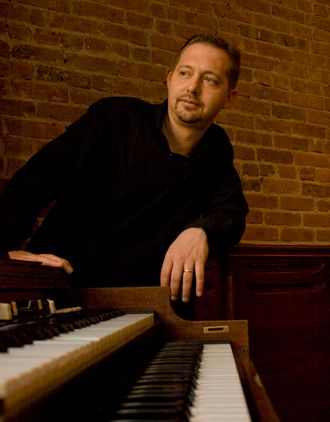 Bianchi, a long time organist for jazz legends such as Pat Martino, Lou Donaldson, Chuck Loeb and Joe Locke (among many others) will be appearing with his trio at Jewell on Wednesday September 18th (8pm show). Bianchi, drummer Bryon Landham and guitarist Paul Bollenback. Bianchi’s shows alway prove to be dynamic and exciting, always drawing the audience in and leaving them wanting more.

His most recent release “In The Moment” (Highnote-Savant Records) rose to #1 on the national Jazz Week radio charts and was recognized by many publications such as Downbeat Magazine as one of the top Jazz Organ recordings in a number of years.