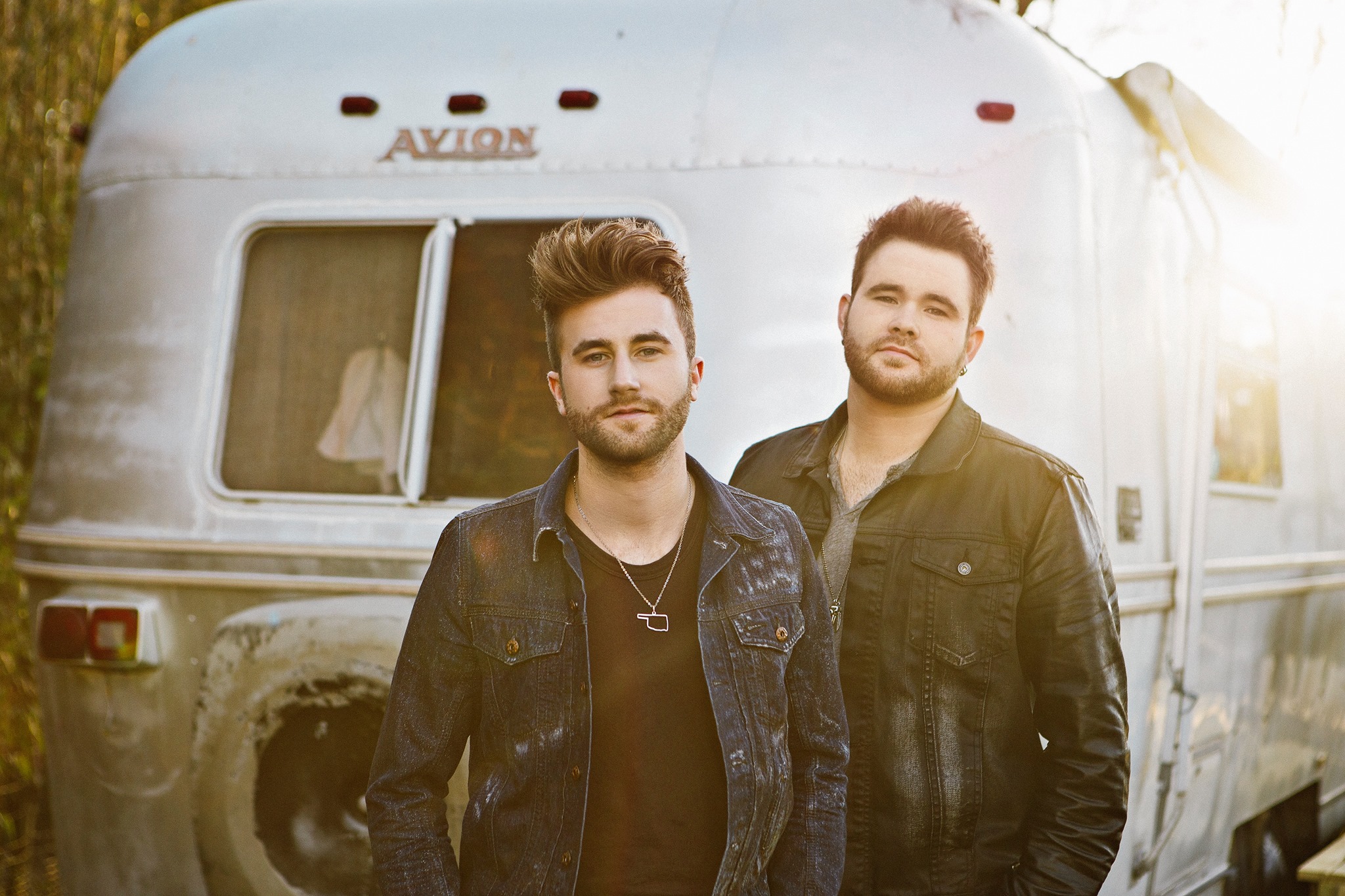 The Swon Brothers gained national notoriety as finalists on NBC’s “The Voice,” and released their major-label debut, THE SWON BROTHERS, the following year, putting their stamp on the 11-song collection by co-producing with award-winning producer Mark Bright (Carrie Underwood). The album’s first single “Later On” was the duo’s first Top 15 HIT.

Their brand new single answers a question that the brothers are often asked…. what it’s like to work with your brother? They decided to write a song about it. “Travelin’ On,” written by Zach Swon, Colton Swon, Jonathan Dean and Stephen Hunley describes the brothers’ relationship, both on and off the stage. The trials of sometimes not seeing eye-to-eye tempered by the steadfast bond that they have as best friends that keeps them focused on family and career, and moving forward, “traveling on,” metaphorically and literally. The song features vocals and guitar from legendary MCA Nashville recording artist, Vince Gill.

Zach and Colton have received CMA and ACM Award nominations for “Vocal Duo of the Year,” as well as a CMT Music Award nomination for “Duo Video of the Year.” The brothers joined Brad Paisley on his Country Nation World Tour and Carrie Underwood on her Storyteller Tour, and constantly tour on their own, treating their loyal fans to “Swoncerts” everywhere.

The brothers have two successful independent EP releases, TIMELESS (#2 iTunes/#19 Billboard debut) and PRETTY COOL SCARS, under their belt, as well as their self-penned single “What Ever Happened” (A Rolling Stone Country Top 10 Weekly Song) a co-written single “Midnight Lovers,” an anthem to young forbidden love, and most recently “This Town,” penned by Zach and Colton and is an ode to “Everytown USA.”

Honored with the Rising Star award by the Oklahoma Music Hall of Fame in 2013 and inducted into the Rhythm and Routes Oklahoma Music Trail in July of 2017, the Muskogee, OK natives have been charming fans with their incredible sibling harmonies and fun-loving personalities since childhood. The brothers’ extreme loyal following, “The Swontourage” continue to fortify the duo’s healthy social media platforms with daily engagement as well as live show attendance.