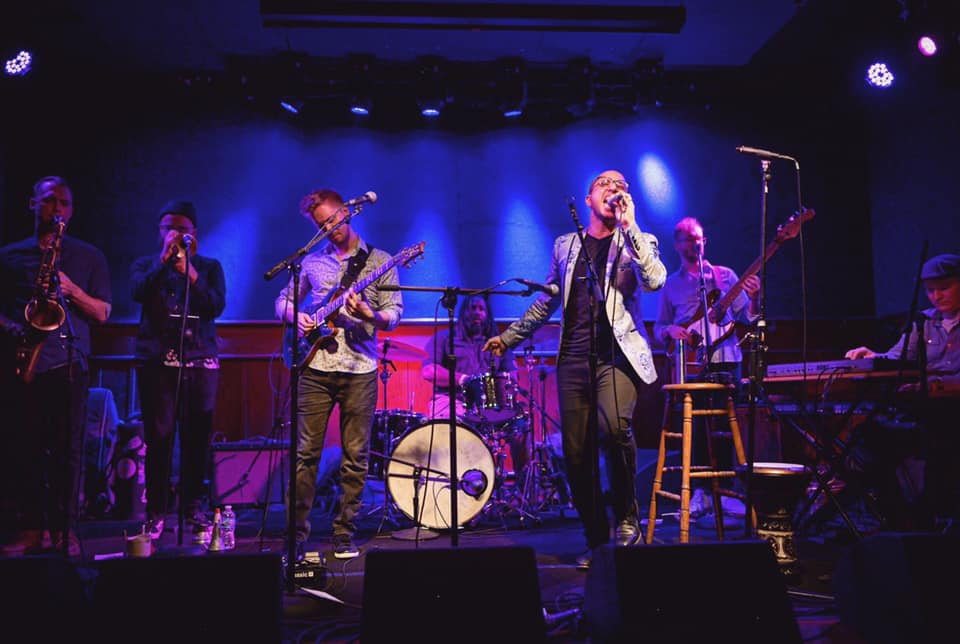 Free outdoor show on the Holland Center’s East lawn with Bassel and the Supernaturals.

We’re moving the stage to the green lawn next to the Holland Center for two days of FREE concerts and an afternoon of family fun. You’ll be able to lay out your blankets and chairs in our socially distant lawn squares, safely enjoy concerts on the stage and purchase food provided by some of Omaha’s best food trucks. Concessions and bar service will also be available. These events are first-come first-served, rain or shine! For more information and a full schedule visit here.

Bassel & The Supernaturals tells the story of Bassel Almadani’s experience as a first generation Syrian-American using soulful melodies, funk inspired grooves, and captivating lyrics regarding love, loss, and the war in Syria.

Deeply inspired by Otis Redding, Bassel uses the stage as a vehicle to engage audiences in over 100 different cities across North America. In addition to performing in major festivals, performance halls, concert series, and clubs – the group works closely with organizations on events and residencies that build awareness and empathy for Syrian refugees. A substantial portion of their proceeds benefit the Karam Foundation, a 501(c)3 organization focused on building a better future for Syria.

Bassel & The Supernaturals has performed in over 300 concerts between 2016-2019 on stages including SXSW, John F. Kennedy Center, Summerfest, and Millennium Park, and supporting internationally touring artists such as Youssou N’Dour, Brother Ali, Aesop Rock, Emancipator, The Dandy Warhols, Sinkane, and many others. MORE