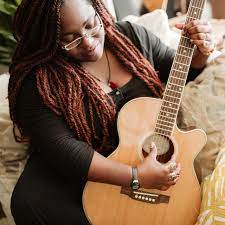 Edem Soul Music, originally Edem K. Garro, was both born and raised on the east coast and raised in the Midwest. Edem sings in her native tongue, called ‘Ga’ originating from the Ga Tribe of Ghana, West Africa. Growing up her parents made sure that she always remembered to understand where she came from! They not only taught her the language but the culture as well. One thing Edem’s mother taught her, was that under no circumstance… Was she ever to forget who she was, or where she came from.

As you listen to ESM, you will not only hear her rhythmic African sounds and her ethereal voice, but you will also hear her identity, and hopefully, find yours.