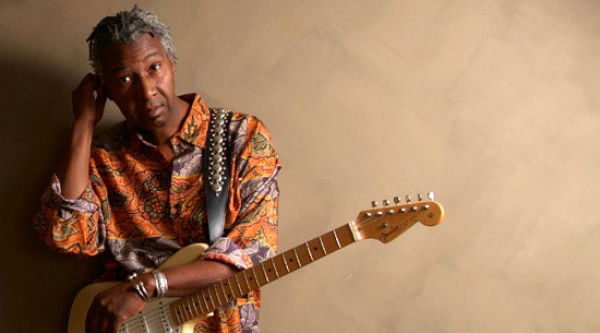 Born in Cuba and raised in Chicago, Eddie “Devil Boy” Turner first picked up a guitar at the age of 12. He honed his craft growing up in Chicago, and later Colorado, and his music shows the diverse influences of the Afro-Cuban sounds of his homeland and the deep blues of his adopted country. A diverse blend of rock, voodoo blues and R&B peppered with African rhythms, Turner’s music moves the feet while simultaneously haunting the soul.

In 1974 Eddie played with Grammy-nominee Tracy Nelson and Mother Earth, followed by stints with Zephyr and the Legendary 4-nikators. In 1995 he helped form the Otis Taylor Band where his intense guitar work contributed to the band’s sound on five CDs and countless tours. His 2005 release Rise resulted in a Blues Music Award nomination for Best New Artist Debut, and was followed by 2006’s The Turner Diaries.