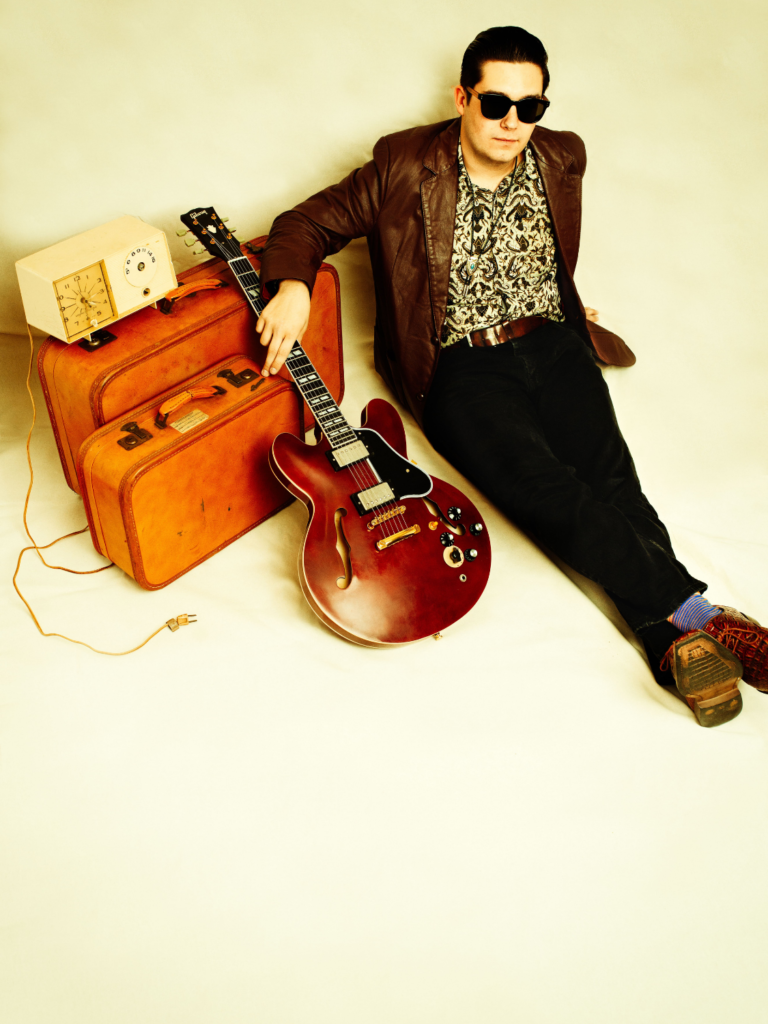 All his life, Eddie 9V (9-volt) has acted on instinct. Aged just 15, this old-soul artist turned away from the path of college and jobs to burst all guns blazing onto the roots and blues club circuit of his native Atlanta, Georgia. Flash forward to 2019, and for his debut album, Left My Soul In Memphis, the prodigious multi-instrumentalist simply powered up the amps in his mobile trailer and with his brother/co-writer/producer, Lane Kelly, laid down one of the year’s breakout releases, acclaimed as “fresh and life-affirming” by Rock & Blues Muse. “Memphis was a total side project,” shrugs Eddie, “that ended up taking off.”

Now, released in 2021 on Ruf Records, Little Black Flies is the 25-year-old’s most impulsive move to date. Tracked live in Atlanta’s Echo Deco Studios through November 2020, once again with Lane turning the knobs, plus a who’s who of the state’s best musicians, it’s an album that Eddie planned to feel like it’s unfolding right in front of you – right down to the clink of bottles and loose studio banter. “I’ve seen a trend in modern recording,” he says. “There’s no soul. I took inspiration from Albert Collins, Otis Rush, Mike Bloomfield. All those great records were done live with their buddies and no overdubs. I wanted the playing to be spot-on – but even if we made a mistake, we kept going.”