Dustin Arbuckle and the Damnations at Chrome

HomeDustin Arbuckle and the Damnations at Chrome

Dustin Arbuckle and the Damnations at Chrome 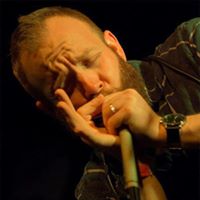 With progressive roots outfit Moreland and Arbuckle having come to an amicable end after 15 years together, Dustin Arbuckle is ready to explore a wide range of music with his new project, Dustin Arbuckle & The Damnations. A musician of vast appetites, he’s long held an appreciation for traditional American music in the vein of Charley Patton as well as the cross-pollinated sounds of The Band or Stax-style soul.

The Kansas native marks hearing the Leadbelly classic “Gallows Pole” as his earliest music memory, becoming an astute devotee of the blues by the time he’d reached his teens. “That turned out to be a jumping off point, though,” he says. “I always loved Howlin’ Wolf, but as I got older and started opening my mind to a wider range of music, I’d turn around and listen to the Allman Brothers Band, then Johnny Cash, Sam & Dave, or Tom Petty & The Heartbreakers. I hope you’ll hear some of that reach with The Damnations.”

Arbuckle, who also fronts the Kansas-based acoustic group Haymakers and is a frequent collaborator with fellow songwriter Wayne Long, is eager to take to stages with The Damnations. “This is a time to shake things up a bit and see what comes out,” he says. “The direction the music will go in isn’t set in stone and that’s a cool place to be at the moment.” He adds that he hopes to record with a version of the group in the near future. “I think this will open new possibilities for songwriting too,” he says. “It feels like anything could happen.”