Dilemma opens Jazz on the Green

HomeDilemma opens Jazz on the Green

Dilemma opens Jazz on the Green 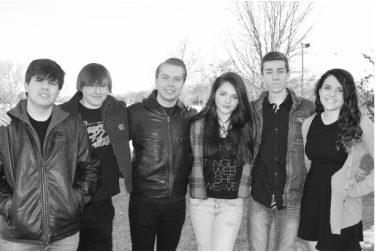 Dilemma was formed in the spring of 2012 as a brand new band (then known as Blues Dilemma) as part of the Blues Society of Omaha’s BluesEd program. Dilemma was nominated as one of the top six Blues Bands in Omaha by the Omaha Entertainment and Arts Awards in 2014. Dilemma has performed at local events and venues including Playing with Fire, Slowdown, Aksarben Ribfest, McKenna’s, 21st Saloon, Brewsky’s and many more. Dilemma is known for their impressive vocalists and powerful musicians. Members range in age from 14-18: Logan Hawkins on guitar, Erin Mitchell on vocals, , Ben McLaughlin on guitar, Erik Shouse on drums, Jenny Fisher on bass and Jack McLaughlin on vocals and harmonica.