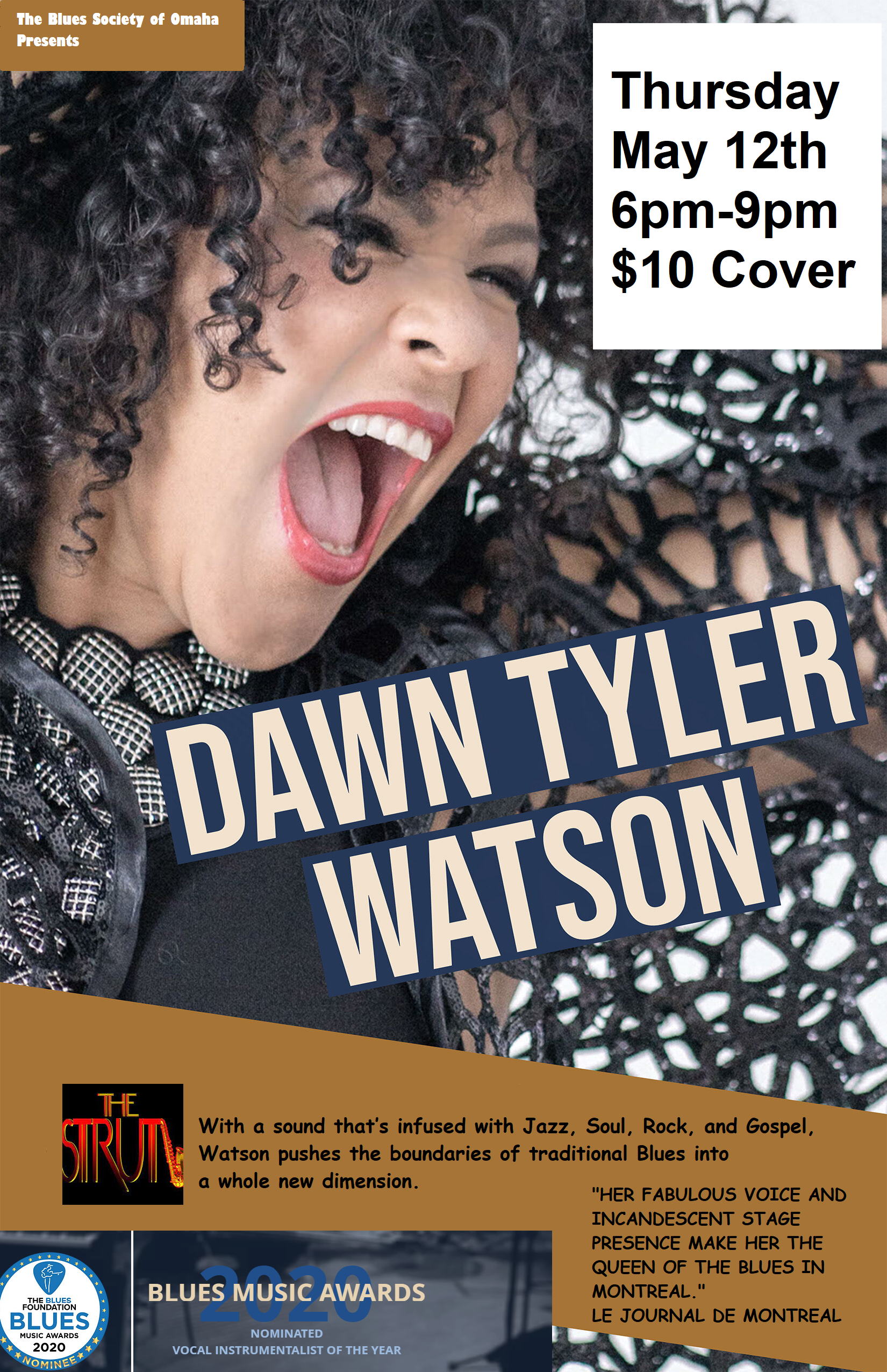 Multiple award-winning, Montreal-based Singer/Songwriter Dawn Tyler Watson has earned her place among the International Blues elite. Her fiery stage presence and soul-stirring performances have garnered her national and worldwide recognition.

With two recent Maple Blues Awards; Songwriter of the Year, and Best Album/Producer, she was also nominated by the Blues Foundation in Memphis for a 2020 Blues Music Award for Vocalist of the Year alongside greats like Curtis Salgado & Mavis Staples. Her latest record “Mad Love,” was awarded the 2020 JUNO award for Blues Album of the Year!

Add this to the six MBA’s she already has, the nine Quebec Lys Blues Awards, a Screaming Jay Hawkins Award for Live Performance, a Blues Blast Music Award for Female Vocalist of the year, and you’ve got a decorated and consummate performer.

With a sound that’s infused with Jazz, Soul, Rock, and Gospel, Watson pushes the boundaries of traditional Blues into a whole new dimension.