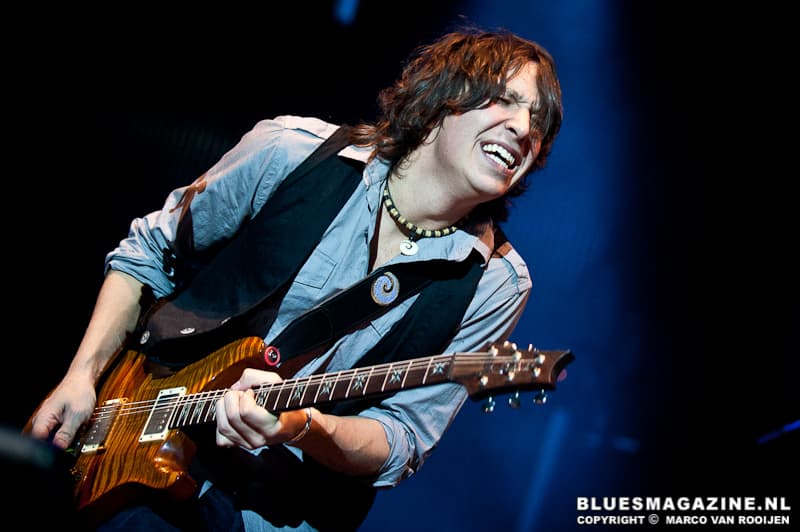 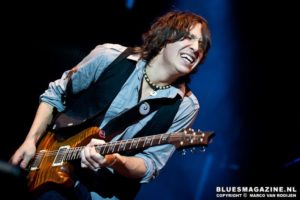 The journey began for Davy Knowles growing up in the Isle of Man, learning to play guitar from listening to the likes of Gallagher, Clapton, Knopfler, Green and Mayall in his father’s record collection, and honing his skills playing the local music circuit. Knowles’s professional career started with a bang – arriving in America age 19 with his band Back Door Slam, an acclaimed debut album,   and rave reviews at SXSW 2007. (“I heard the spirit of Jimi Hendrix “– Patrick MacDonald, Seattle Times). From that dynamic introduction, Knowles proceeded to make a significant impact across US media – from memorable TV performances on Jimmy Kimmel and Good Morning America, to a three year run at radio with the singles ‘Come Home’ from the debut album Roll Away and ‘Tear Down the Walls’ and ‘Coming Up For Air’ from the Peter Frampton produced sophomore album – both albums Top 3 Billboard Blues Chart. “Davy already has a recognizable style. He’s definitely the gunslinger guitarist of the 21st century,’’ – Peter Frampton