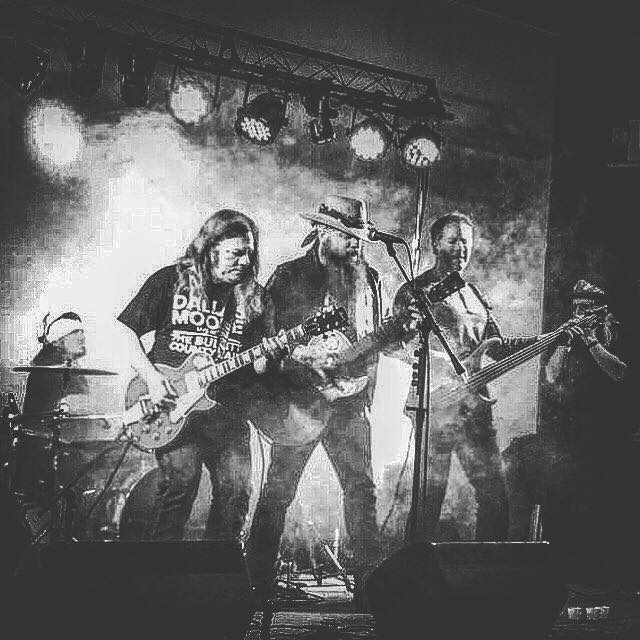 Dallas Moore is an American Songwriter and Outlaw Country/Honky Tonk Artist currently based out of both Texas and Ohio or TEXAHIO as he likes to say. The Dallas Moore Band was named Outlaw Group Of The Year at the 2017 Ameripolitan Music Awards in Austin,Texas. The award was presented by Johnny Knoxville and Rita Ballou along with Ameripolitan Award hosts Dale Watson and Ray Benson of Asleep At The Wheel. Touring relentlessly with both The Dallas Moore Band and regular acoustic solo/duo appearances, Moore consistently performs over 300 shows a year coast to coast in the USA.

Moore’s latest offering is a 5 song EP produced by Dean Miller.The title track single “Mr.Honky Tonk” is already making waves at radio all across America, Europe and Australia in anticipation of it’s release on June 30.

Miller (son of the late great Roger Miller) is currently recording the EP with Moore in Nashville,Tennessee and it is set for release on SOL Records in Fall 2017.

Dallas Moore is an American Outlaw/Honky-Tonk artist and award winning songwriter of the number one hits ”Texas Tornado” “Crazy Again” and “Blessed Be The Bad Ones.” Touring relentlessly with The Dallas Moore Band as well as regular solo acoustic appearances for the Last Honky Tonk Music Series and Frank Brown International Songwriters Festival in Perdido Key, Florida, Moore consistently performs over 300 shows a year coast to coast in the USA