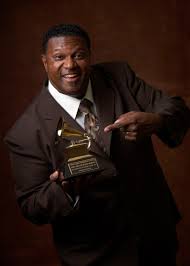 Join us for the 45th Annual Omaha Summer Arts Festival!
The Omaha Summer Arts Festival celebrates its 45th year June 7-9. The Festival is Omaha’s premier destination for arts and entertainment featuring 135 of the nation’s finest visual artists, a stage of continuous musical performances and a hands-on Children’s Fair.
As a major renovation ensues at the Gene Leahy Mall next year, the 45th annual Omaha Summer Arts Festival (OSAF) will take place in downtown Omaha at a new location on Mike Fahey Street between 10th and 14th Streets. The temporary site is located alongside the downtown ballpark, about a half-mile directly north of the Festival’s usual setting on Farnam Street adjacent to the Gene Leahy Mall. The move is expected for the 2019, 2020 and 2021 festivals with a return to Farnam Street in 2022.
Saturday 6/8 Schedule
11am Southpaw Bluegrass Band
1pm Luigi Inc
3:30pm Lucky Losers
5pm Kris Jones
7pm Dragondeer
9pm Chubby Carrier & The Bayou Swamp Band

“Dragondeer hit the stage with their thick blues rock sound. Reminiscent of early Led Zeppelin, The Black Keys, and electric Taj Mahal, the quartet stunned the audience with their hybrid of Mississippi Delta blues and 1960s psychedelic rock. Lead vocalist, guitarist and harmonica player Eric Halborg led the band with a rare ferocity, his deep growl and swampy harmonica blending perfectly with Cole Rudy’s raw pedal steel playing. Shocking many in attendance and quickly catapulting onto the Denver scene, Dragondeer is a growing force to be reckoned with.”
– Live For Live Music

American music, with the blues in particular, has been interpreted, replicated, and regurgitated in almost every conceivable fashion, which makes it all the more compelling when a new unique incarnation comes along. Culled from the vestiges of some of the most important bands Colorado has ever produced, Dragondeer has conjured a singular and neoteric sound that both nods to the past and eschews fears of modern influence. They draw from all corners of the American sound including the vicious edges of Elmore James, the hypnotic repetition of Junior Kimbrough, the wailing harmonica of Sonny Boy Williamson, and the smooth psychedelia of Taj Mahal. Paired with pieces of Sly Stone, Captain Beefheart, the longform leanings of the hippie revolution a la The Grateful Dead, and the agony of American soul music, these influences have helped Dragondeer carve a niche at a crossroads of music that has remained largely unexplored.

“If You’ve Got the Blues” is a testament to Dragondeer’s songwriting, musicianship, and purity. It’s also a personal manifesto for the band, whose belief in a shared human experience and desire to connect with everyone, gives the record an empathetic slant that’s almost entirely un-echoed in this self-serving, narcissistic modern landscape. “It’s about sticking by your loved ones and being there for ’em when they need it; rising up your tribe,” says Halborg. “We try to do that for each other and those around us so it felt right to name the record in honor of that notion.” Every bit as compelling as it is contemplative, and frenetic as it is mollifying, this is a band, and an album, that explores the American experience with eyes to both ends of the spectrum of the human heart.