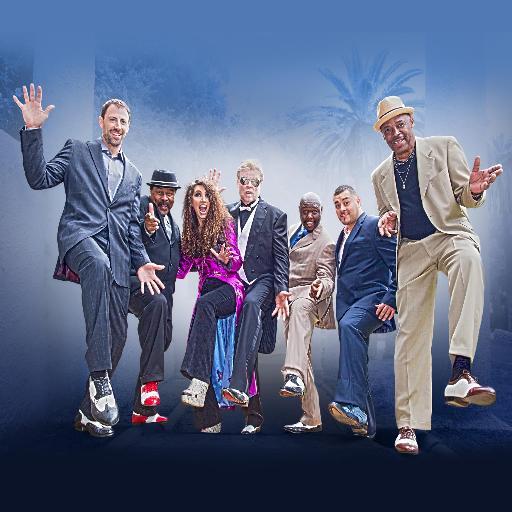 BLINDDOG SMOKIN’
Blinddog is eight people as varied as the music they make which can’t be confined to a genre. Ranging in age from 71 down to 24, the band is an ethnic blend of African American, Mexican, Jewish, Swedish, and one Heinz 57 female to complete the mix. They live scattered about from San Diego, LA, San Francisco, Las Vegas, and Wyoming.

Their music is original, both recorded and live. Blinddog is it’s own genre, and it’s music is just “Blinddogified.” It is based on good storytelling, powerful and intense rhythms, dynamic volume swings, and occasional humor. It has youthful energy and profound lyrics reflective of who you see on stage.

The performances are energetic, sometimes choreographed, in-your-face, and dramatic. You won’t see the band standing around smoking, scratching, and wondering what song to play next. Blinddog brings it. They’ve been around as long as their youngest member has been alive. Performing at clubs, festivals, and theaters from coast to coast and in other countries over 3000 times. By the year 2000 they were dubbed “America’s Road Warriors” by Southland Blues Magazine.

Blinddog’s live performance was summarized in one word by Elmore Magazine in 2015: